A fund raising campaign for the victims of the war outbreak in Gaza-Palestine. The event was publicized in the facebook pages, whats apps and other social networking sites on the ground of Humanity. The campaign was in collaboration with Eid charity. The campaign was able to collect more than 15000 Qatari riyals within a week. The amount was sent to Palestine by Eid Charity before Eid in Qatar. 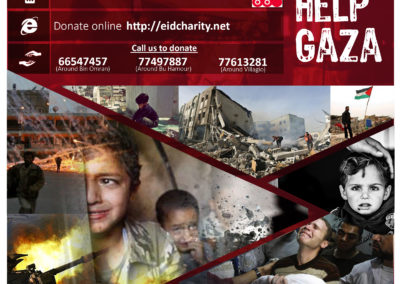 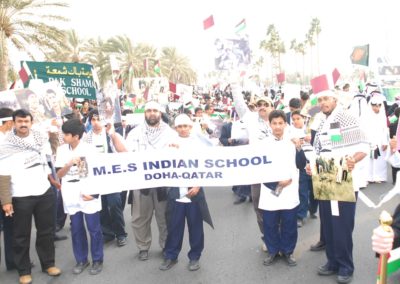